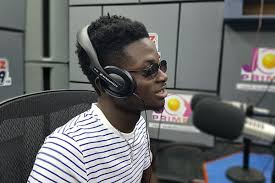 Ghanaian highlife singer-songwriter, Eugene Kwame Marfo, who goes by the stage name Kuami Eugene, has stated that, his musicianship is an avenue orchestrated to disseminate God’s message to his audience.

According to the 2019 3Music Awards Highlife Act of the year, the intrinsic nature or indispensable quality; essence of doing God’s work is to reach audience of heterogeneous background with healthy content which he believes he’s achieved with his single, ‘Wish Me Well.’

The Lynx Entertainment signee made these assertions in defense of claims that, he is only good at making secular music though he has a voice that fits gospel music, in an interview with sit-in host, OPD on Adom FM’s Work and Happiness.

According to Kuami Eugene, contrary to those perception being inundated on the internet, he portrays a lot of characteristics that is more centered on the teaching or revelation of Christ.