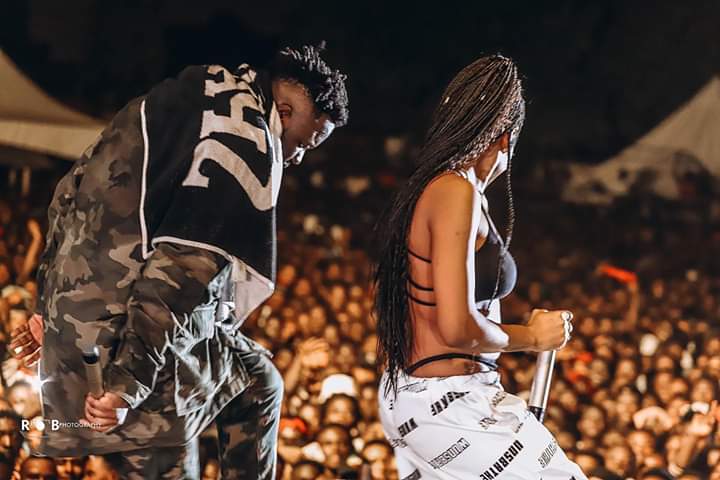 Medikal took to the stage around 11pm and his fans kept chanting his name even before his intro song was played. The multiple award wining rapper ripples through and gives his fans back to back hip-life songs.

The evening had a range of surprise appearances that sent raptures through the crowd. Grammy nominee Shatta Wale enthralls with his street anthem that features Medikal on it- OMO ADA Remix and other artist like D Black, Eazzy, Quamina Mp, Kelvyn Bwoy and others. The evening’s biggest surprise was kept until Sista Derby joined Medikal on stage. For a few minutes the old lovers rocked the stage with their hit song TOO RISKY.

Man of the moment Shatta Bandle hit the stage with Kelvyn Bwoy and every fan was extremely excited. On stage it was evident that Medikal is among the rulers of Ghana’s rap game.