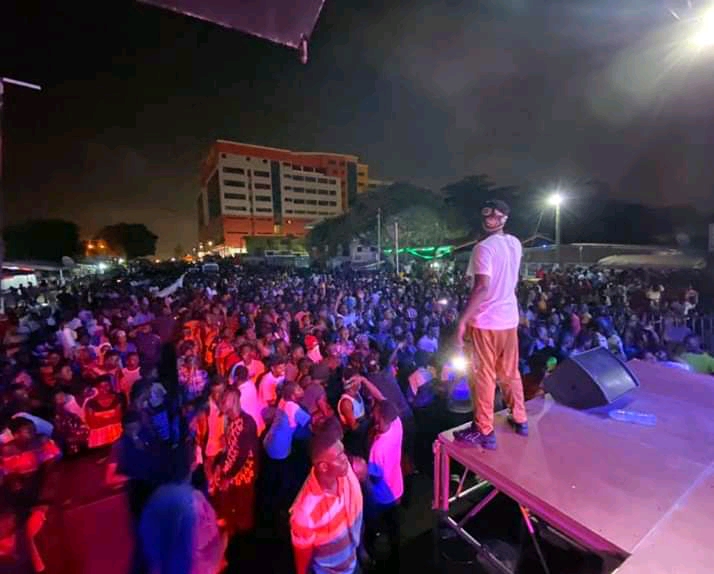 On Saturday 21st December 2019, nautyca hosted his annual show dubbed Harbour City Concert. This was the 4th edition of his annual Concert. Nautyca brought on board high class artist Like Kelvyn Boy and others. The Streets of Tema Community was over Jammed, several artist performed. The platform funded performances of underground artist in Tema.

Around 2am, Nautyca took to the stage with his unreleased rap cypher song which got all his fans amazed, singing into his concert Kelvyn Boy joined him as they performed their Fly song which got over 3000 Ghanians singing.

His fans sang throughout and showed love.