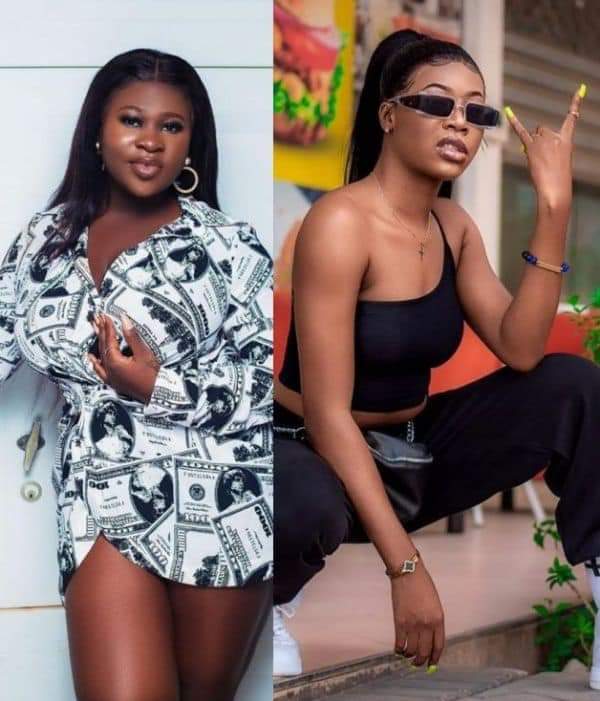 Freda Rhymz Should Have Paid Me GH₵10,000 To Enjoy My Trend -Sista Afia. Nana Ama McBrown hosted two of Ghana’s hottest female acts on United showbiz and it was an interesting one.

In a conversation to settle the feud, the two artists were given the opportunity to express their displeasure with each other.

On Sista Afia’s part, she expressed dissatisfaction with the fact that Freda mentioned her name directly in her song “Point of Correction” and made accusations that she sleeps with fellow musicians for features.

According to her, she was friends with Freda Rhymz and deserved the courtesy to be informed by the latter before throwing shots at her.

Defending herself, Freda Rhymz said she took shots at Sista Afia because “she was just entertaining her fans”. She conveyed her emotions that “it’s showbiz business and Sista Afia had no business taking it to heart personally”.

Sista Afia in her ‘WMT’ song which was released a couple of weeks ago took a jab at some female musicians in Ghana.

Freda Rhymz hit back with ‘Point of Correction’ and had to some things to say to Sista Afia.

Sista Afia, however, went ahead to charge Freda to say all the things she said about her in the song to her face when she sees her.

On the morning of 18th May at the premises of TV3, the two almost got into a fistfight had it not been for the intervention of people around.

Ending the show Sista Afia apologized and openly confessed that she loves Freda.