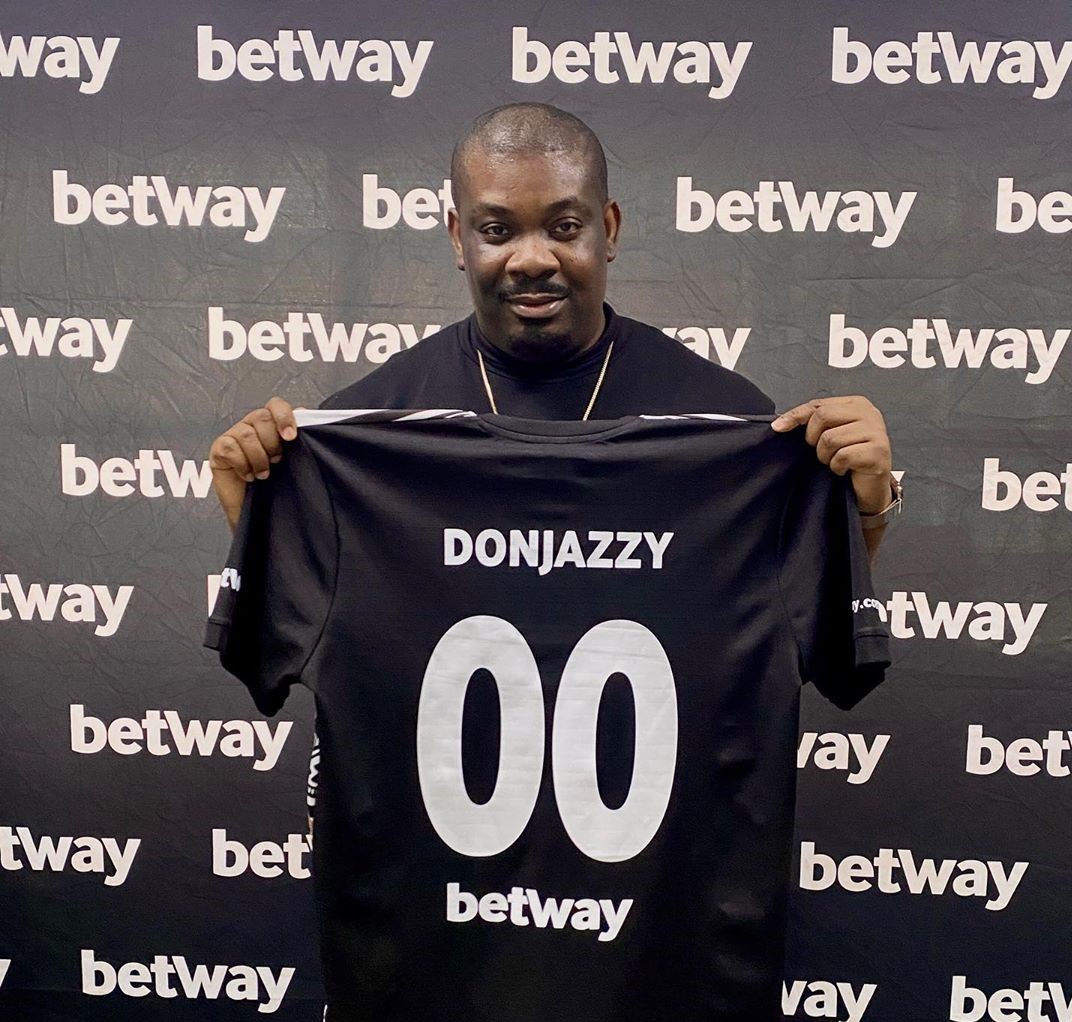 Ebuka – who returns as the host of BBNaija for the fourth time this year – said, “Betway is one of the world’s biggest gaming and entertainment brands, while Big Brother Naija is Africa’s biggest reality TV show. So, I’m incredibly proud and grateful to be involved with both brands. BBNaija season 5 is going to be the biggest and most exciting one yet, and I can’t wait to share all the drama and excitement with Betway customers and BBNaija fans all over the world.”

LDon Jazzy, who remains one of Nigeria’s most celebrated and influential entertainers, shared his excitement, saying, “I’m so delighted to be partnering with Betway on Big Brother Naija season 5. My fans can expect to get the best of entertainment, banter, fun and excitement from me, Ebuka, and the Betway team throughout this season of BBNaija. It’s game on, from July 19th!”

Speaking during the unveiling and signing ceremony, Betway Country Manager, Lere Awokoya said, “Don Jazzy and Ebuka are two of Nigeria’s leading pop culture influencers and trendsetters. Through our partnership with these two superstars, and with Betway as BBNaija’s lead sponsor, we are able to connect even more with a passionate entertainment audience and bring the ultimate gaming experience to millions of Nigerians.”

L-R: Lere Awokoya; Country Manager, Betway Nigeria, Don Jazzy; Superstar producer, Ebuka Obi-Uchendu; Media Personality and BBNaija Host and Chris Ubosi; Managing Director, Megalectrics Limited and Director, Digibay during the Betway BBNaija Ambassador’s signing ceremony yesterday.
As Big Brother Naija’s lead sponsor, Betway will promote a spirit of competition among the housemates, as well as fans and viewers of the show. Betway will also add to the thrill of the BBNaija experience through its weekly Arena Games, and a variety of gaming activities, both on the TV show and on Betway platforms – all of which give viewers the chance to play and win.

For more information on the various promotions and activations Betway will be running throughout the fifth season of BBNaija, please visit www.betway.com.ng. You can also follow Betway via their social media platforms on Facebook at www.facebook.com/BetwayNigeria/ or on Twitter at @BetwayNigeria.

About the Betway Group

The Betway Group is a leading provider of first-class entertainment across sports betting and casino. Launched in 2006, the company operates across a number of regulated online markets and holds licenses in the UK, Malta, Italy, Spain, Belgium, Germany and licenses its brand to certain licensed local operating companies in Zambia, Kenya, Uganda, Ghana, South Africa and Nigeria.

Betway prides itself on providing its customers with a bespoke, fun and informed betting experience, supported by a safe and secure environment.