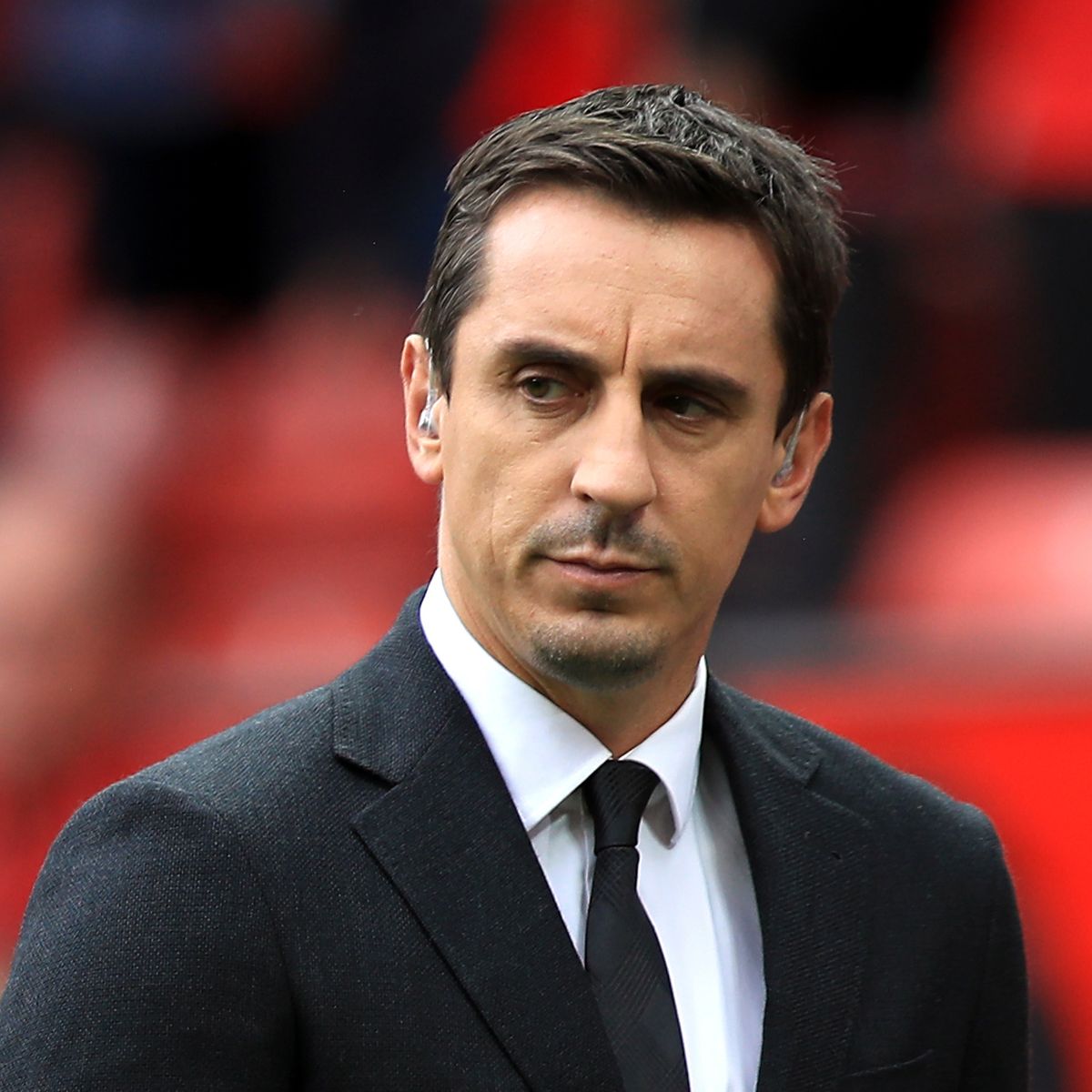 The Uruguayan striker is set to be imminently confirmed as a United player and unveiled on deadline day, though Neville admits he has been left bemused by the move.

While keen to talk up Cavani’s many strengths and qualities, Neville insists United had other areas to improve upon in order to get back within reach of neighbours Manchester City.

Speaking on Sky Sports prior to United’s clash with Tottenham, Neville offered his frank opinions regarding the move which has got the football world talking.
‘I think my emotion yesterday when I heard about it was the feeling I probably had when Falcao signed, Ibrahimovic signed, Ighalo signed,’ Neville began.

‘It’s very last minute, it’s come up out of nowhere. There’s an element of thrill to it, an element of intrigue and excitement because he’s one of the world’s greatest strikers over the last five years, you hope he can come here and set the Premier League on fire.

‘There is an element of how have we ended up here, Manchester United two or three months ago had a great period, great class, Marcus Rashford’s work, finished third in the league, and you just though that’s as close as City they can get with this squad.

‘You think they can go and get three or four signings and potentially close the gap this season.

But we’re here on the eve of the transfer deadline and nothing’s been done apart from [Donny] Van de Beek who at this moment in time can’t break into a packed midfield.

‘So Cavani will be welcome, he’s different to the other strikers. I hope he comes fit and firing. He’s always worked hard, had a good attitude and work ethic so I don’t think there’s a doubt around that.

‘He’s not the type to come for a swansong or a pay-off, I think he’s got more about him. We had great tussles against him for England and obviously I’ve seen him for Paris Saint Germain.