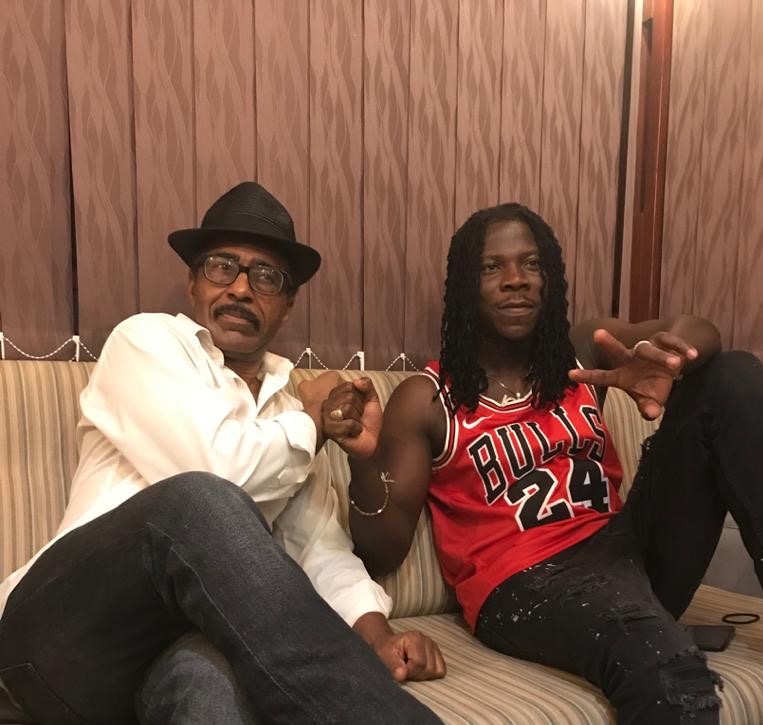 As part of his coordinated effort to meet with targeted media contacts and other illustrious recording and performing talents across multiple geographical locations, including Ghana, Vasti Jackson; a Grammy award-winning recording artiste has announced a yet to be released afrobeats, reggae and dancehall music fused with electric blues featuring African superstar, Stonebwoy.

The world-renowned guitarist, & vocalist, and Mississippi living blues legend, who is currently in Ghana, will be embarking on series of projects, which include facilitating a free workshop for music and film professionals at the Accra Tourism Information Centre on 29 October. His activities will be climaxed with a flagship agenda highlighted as a new classic song that warms the heart, and stirs the soul.

The yet to be released song will be his first official project that hosts an African creative. Stonebwoy is a force to be reckoned with in the world of his chosen endeavor. With an amazing and admirable collaborative catalogue over the last decade, he has grown to become the people’s choice. His sweat-drenched, soul-ripping delivery on songs has been commended by music enthusiast, and critics.

Vasti (pronounced Vast-Eye) Jackson is a consummate performer, songwriter, arranger, and producer. From his early beginnings playing in churches, and juke joints in McComb, Mississippi, to festivals, Concerts, and theatres around the world. Vasti move effortlessly from Blues to Soul to Jazz to Funk to gospel to pop, and beyond.