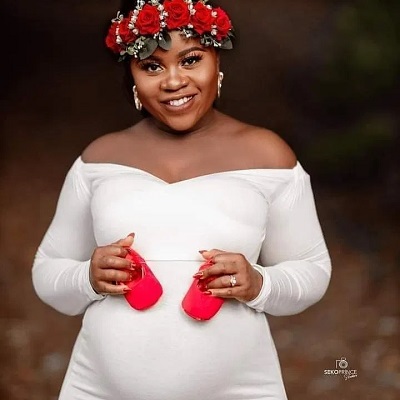 Kaakie, a female dancehall musician formerly of JMJ, who gave us hits like Too Much, and numerous others is said to have given birth to a lovely baby girl.

The dancehall musician took a break from the music scene to focus on her nursing profession a few years back which hurt a large portion of her fans and music lovers.

A couple of months back the dancehall musician got hitched wonderfully to her currently spouse and it was a function that assumed control over the news in the nation.