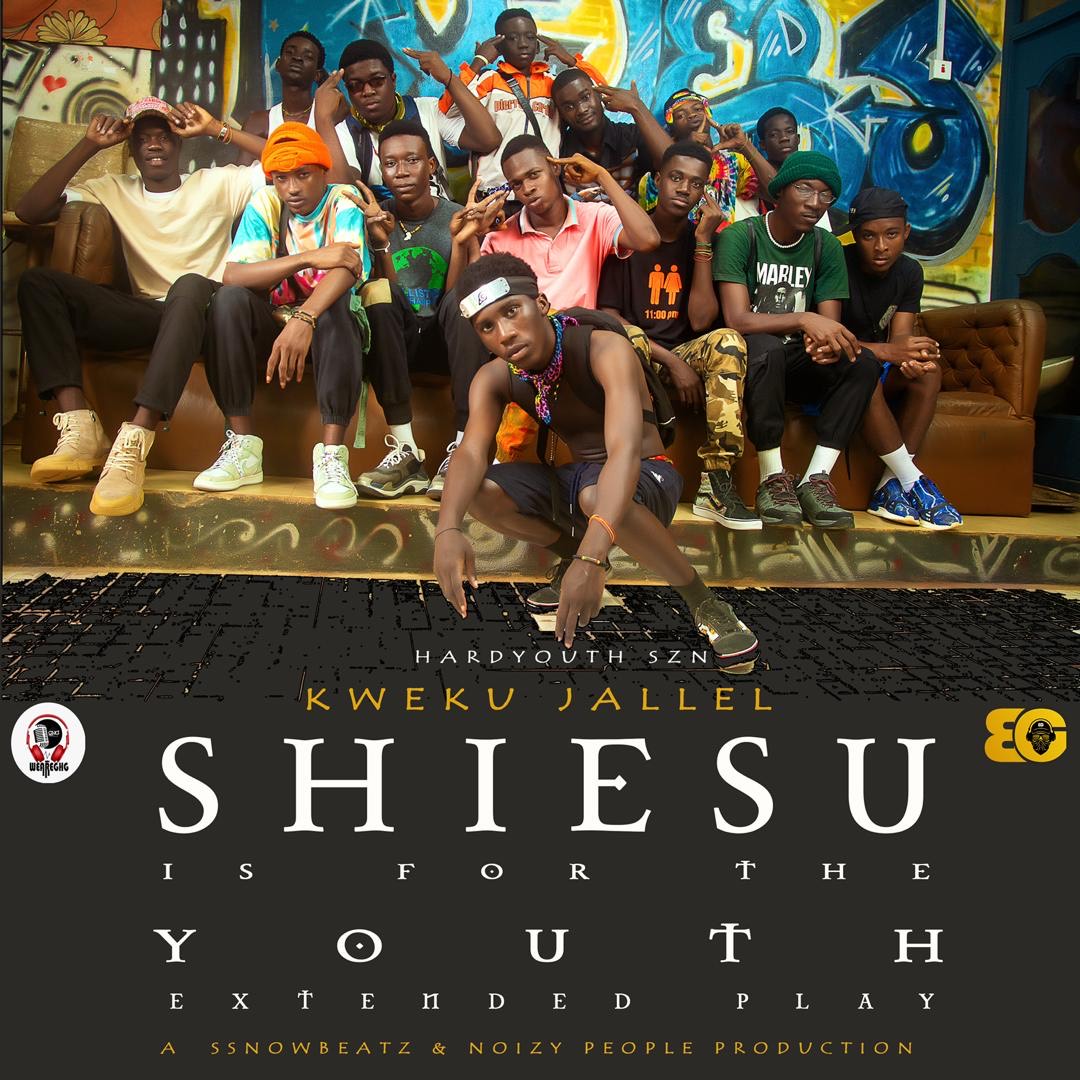 Kweku Jallel born Abdul Jalleel Sheisu is a young Ghanaian Rapper/Singer who hails from Oguaa in Cape Coast and he’s out with his debut EP which is making waves and having Positive feedback from the public.

The EP was released on the 30th December, 2020 and consists of Six tracks which has no features.Kweku Jallel However had supports from Ghana’s Gong and Bullion gang with production credit to Ssnowbeatz of Phlowducation fame and Noizy People production. The SIFTY E.P is one of the most anticipated E.P among the Youth, especially in Cape Coast.

Kweku Jallel in his recent video which was shared on social media by Akua Creamy who is commonly known as the ‘Godmother’ of Upcoming Artiste was entreating everyone to stream Jallel’s debut E.P to support him.

@weareghg is the team behind Kweku Jallel works and they have past records working  with artiste like Tee phlow, Kofi Mole, Amerado, Quame Rhymz AJ Glory, Unruly Grank, Kofi Khoded, BhadOne sticky, The boys from the Quarters and more.

It’s been confirmed! Jennifer Lopez and Ben Affleck have announced their engagement! 18 years after their first failed engagement, the actress confirms the proposal on her website.