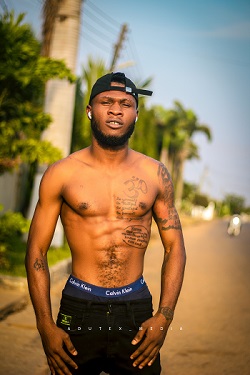 Nigerian-Ghanaian based artiste Presley Mute after dropping his first song YOU, was spotted in some parts of Accra shooting a music video.

Presley was seen with blood marks on his forehead in a white vintage Benz.

Our reporter engaged Presley and he said the video talks about how he had an accident a month later after he bought his Benz.

Presley added that he will not let his fans down and the video will be out soon.